Data shows Bitcoin funding rates right now are at the same level as they were in early September. This means the coin may see another flush out similar to how it happened back then.

As per this week’s on-chain report from Glassnode, the BTC futures perpetual funding rate of all exchanges is currently at the level similar to what it was back in early September before the crash.

The “funding rates” is an indicator that shows the premium that traders have to pay each other while holding on to their positions in the perpetual swap futures markets.

When the metric has negative values, it means that short traders are paying longs, and that many traders are bearish on Bitcoin right now.

Opposite to that, positive funding rates imply that the overall market sentiment is leaning towards bullish and longs are currently paying shorts to keep their positions.

Now, here is a chart that highlights the trend in the value of the indicator over the last six months: 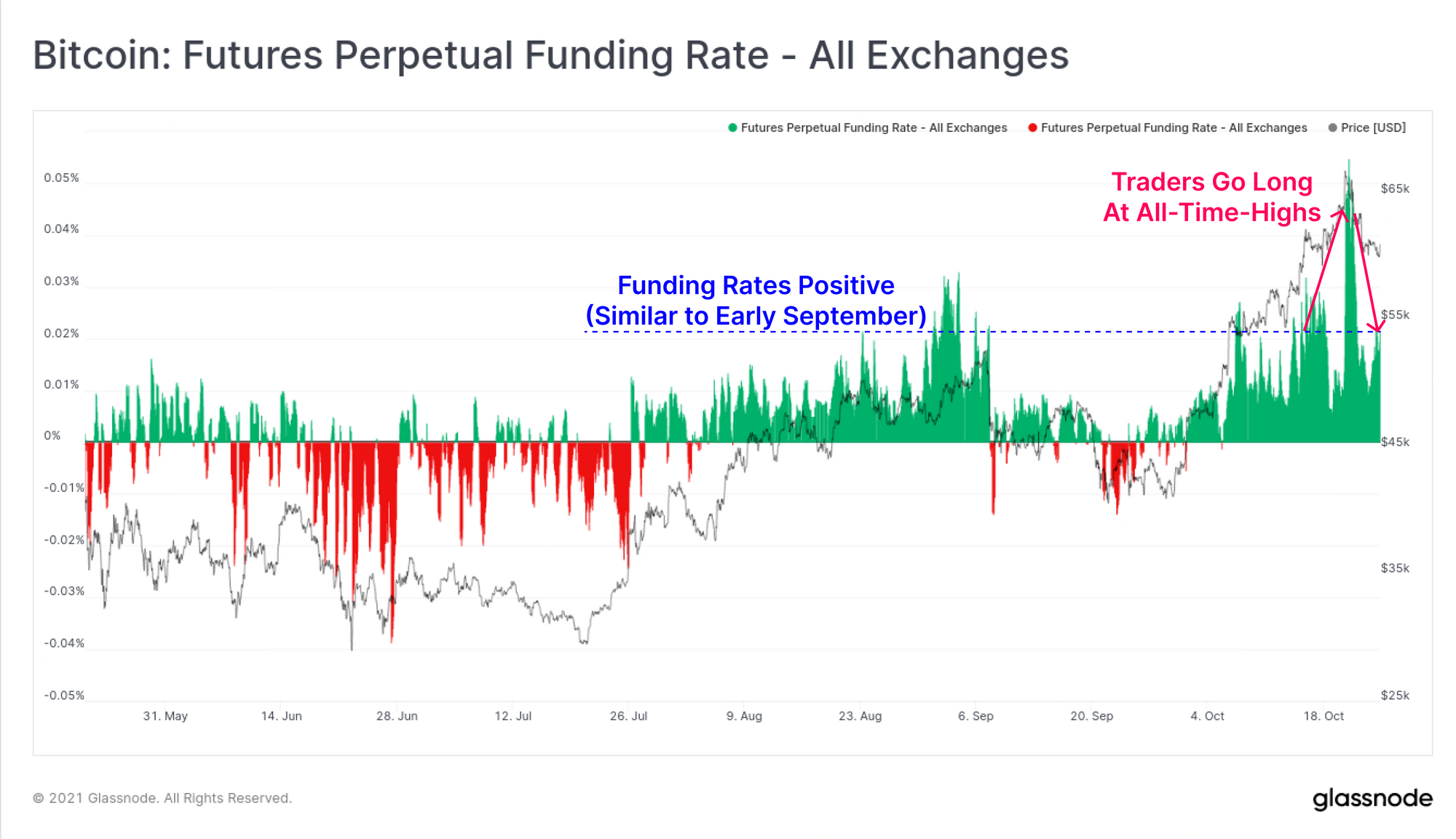 As the above graph shows, when Bitcoin made its new all-time high (ATH) some days ago, the indicator reached positive local highs.

This means traders started opening many leveraged long positions so that they don’t miss out on the wave of BTC making new ATHs.

However, the price had a correction, which has often been the case during periods of high leverage, and a lot of the excess leverage was flushed out.

Nonetheless, the funding rates are still at similarly high levels right now as in early September. What followed then was the El Salvador crash that took the rates to negative values.

It’s possible another correction can take place now in order to flush out more of the currently high leverage in the market. Though it’s not a certainty that it will be how it plays out.

At the time of writing, Bitcoin’s price floats around $62.5k, down 0.4% in the last seven days. Over the past month, the crypto has gained 44% in value.

The below chart shows the trend in the price of the crypto over the last five days. Over the last few days, Bitcoin has shown some effort to bounce back from the correction, but in the last couple of days, the crypto has only moved rather sideways. If the futures funding rates are anything to go by, the market may be heading towards another correction soon that will wipe out the excess leverage.