Tonight, on The Andy Milonakis NFT Show: The infamous Island Boys make an appearance promoting Milonakis’ upcoming NFT collection. That’s at the very end, though. Before that we have a sketch, fights with another group of antagonists, NFT related products, and deep thoughts about the NFT space. All in all, it’s a great show and we’ll learn a lot about .jpeg culture.

Related Reading | The Andy Milonakis NFT Show, EP. 7 – Our Hero Reaches The Edge Of The Abyss

Let’s start with a bang. A video appearance by the star of the show himself:

People that list their NFT vs the people that bid on it pic.twitter.com/mcvBjpfqZM

Offers and counteroffers, that’s part of the NFT game. However, as it happens, some people take it too far. And that observation is the sketch’s reason to be.

And while we’re on the subject, is this a simple observation or is it a diss towards degens?

I’ll never be a true Degen, I love to travel too much. True Degens don’t leave the house

Degens refers to degenerate traders that spend all day looking at screens, buying and selling. The NFT crowd took the word for themselves and have been wearing it with pride ever since. Still, the question remains, is Milonakis making fun of the community?

Enough Normie commercials, can you talk to us? 🎃🍫 https://t.co/d2zkd7i7EI

Open Sea is the biggest NFT marketplace, but the contention between the community and the company keeps growing. And Andy Milonakis is trying to be part of the solution by holding them accountable.

If you’re still not sure what you can do at Open Sea, just watch the video they made for you, normie.

We’ve been covering Andy’s constant fight (One, Two) with the NFT people that consider him a “paper hands” for selling some pieces. But there are others. Since Milonakis is a decent size celebrity, spammers are a constant presence in his life. The replies of every tweet we feature in this hit show are full of degens promoting this or that project, trying to get his attention. However, there are people that take it even further.

Sorry to block so many of you, even though you can’t read this, other NFT people can . When I get 10-20 tweets in a row about one specific series, it’s clearly that I’m being target shilled by a discord. So yeah, insta block, and complete loss of interest for that series, thanks

As we’ve established before, community is crucial for a successful NFT project. And Discord became the linking spot for those communities to gather around. However, as it happens, there are people who abuse their power. “When I get 10-20 tweets in a row about one specific series, it’s clearly that I’m being target shilled by a discord.” No argument there, Mr. Milonakis.

I’m in NFT discords all day, just maybe not yours https://t.co/mBf6uJYAUP

People asking for attention is another enemy our hero has to deal with. In each “The Andy Milonakis NFT show” chapter we document several interactions between Milonakis and the community. And he has recommended Discords before. So, we don’t know what this Dave.eth man is talking about. 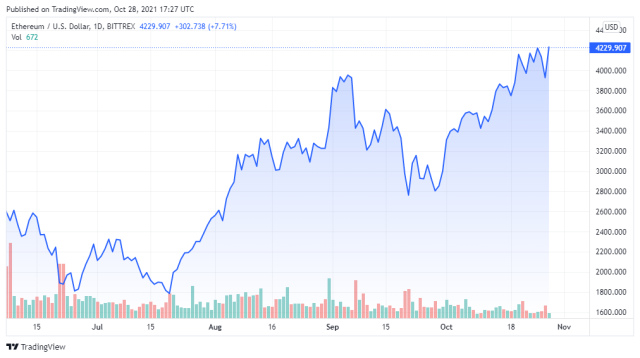 The economy around NFTs is growing and dripping out of cyberspace. One example is this party for Anonymice, Hoots, and CyberKongz holders in which they required “Metamask proof of ownership.”

Hit up @Evuls2 with questions

And, what do you all think about this CryptoPunks rug? It looks rare to us.

Back to the Internet, Coinbase announced an NFT marketplace and Milonakis joined the waiting list.

Coinbase wants free promo for me to get invited to their NFT platform faster and I’m falling for it. https://t.co/sxL1g3MoYe NOT SPONSORED, MORE LIKE SUCKERED. Follow my Journey right now i’m 883377 in line. Lets see if that changes hahahaha

Do you think Coinbase joining the space is important or nay?

We already know Milonakis is a philosopher, and his new observations about the NFT space don’t disappoint. However, let’s start with this phrase he retweeted.

Look, NFTs are a scam, but websites that get you to post your hard work for free in exchange for hearts? That’s the real stuff.

Is the comparison between social media sites and NFTs fair? Or is it a false equivalence? Social media is free because you’re the product. There’s real money behind NFTs. However, the tweet’s idea is interesting. Let’s meditate on it.

Then, Andy responds a “do u consider “crypto” ur passion?” poll with a thoughtful reflection:

I spend all day talking to people, working on creating something with cool utility, buying interesting projects and seeing them quickly evolve or sometimes devolve. All of it is so fun but tbh if crypto/$$ wasn’t the skeleton of this crazy, wild world..prob less exciting for me https://t.co/OXg1JfcpSv

This is honesty: “All of it is so fun but tbh if crypto/$$ wasn’t the skeleton of this crazy, wild world..prob less exciting for me.” The art is cool, but money is at the driving wheel of this phenomenon.

To close this section, Milonakis describes the NFT space with rhyme and raw passion.

You got the genius collectors, the code inspectors, the pushy people that act pussy & evil, tryna get to the top like a 1/1 beeple, shillers would be chiller but the s made em sheeple, so many animal nft’s, buyers are manic, shill less animals always do better when raised organic

Let’s give Andy’s mother the last word, though.

I hope your MP3’s are doing well – my mom

Last But Not Least, The Island Boys

Lately, viral sensation The Island Boys have been in high demand. Through the Cameo app, people in the crypto space are hiring them to shill their products. It’s a mix of a tongue-in-cheek joke, with real promotion potential. These two kids might be the worst rappers in the world, but they still go viral every day, or so it seems.

Just look at what Gemini’s Tyler Winklevoss has to say about the phenomenon:

The Island Boys are now the most high profile crypto boosters. I love the Internet.

In any case, Andy Milonakis couldn’t keep his hands off the cookie jar. First, he paid them to do this freestyle about the MekaVerse story. Or so it seems, can you figure out what they’re saying?

And then, he paid them to diss Beeple (“is a puppet”) and Gremplin (“eating too much soy”) and then say “Milonakis about to drop his own NFTs.” Or so it seems, can you figure out what they’re saying?

Last one haha @beeple @supergremplin had to use big names for clout pic.twitter.com/9YvWOhsdLi

Anyway, “The Andy Milonakis NFT Show” is going places. We even had an Island Boys cameo, and these kids are hot as lava right now.