Tonight, on The Andy Milonakis NFT Show: We’re going to keep learning about NFTs and the culture around them through Andy Milonakis’ eyes. This time, our hero works on his own collection and keeps fighting his usual battles. We’ll also check back with Milonakis’ NFT vault and highlight his new acquisitions, which we haven’t done in a while. Sit back and fasten your seatbelt, today’s episode is full of videos and you know how Andy gives it up on those.

Let’s start with insults to set the scene for later. In general, Milonakis is going hard on the paint. However, since he’s a semi-celebrity, he gets a lot of criticism thrown his way. It affects him and it shows. He can dry his tears with virtual $100 bills, though. “I sold a bunch of sh*t for 1-3eth to jump on stuff that was more exciting. Now I have 8 pieces that are worth 10-30 and I’m holding strong.”

with all the paperhands accusations thrown at me a few weeks ago. I sold a bunch of shit for 1-3eth to jump on stuff that was more exciting. Now I have 8 pieces that are worth 10-30 and I’m holding strong. “Day trading” is scary though, I was a week away from missing Toadz

Of course, he gets criticism, but he also gets praise. “Andy milonakis is like a million steps ahead every other celebrity to ever get into nfts.” That’s true. That’s the main reason that this show you’re reading is a hit.

Thanks. RTing this for attention and clout 🎃🍫 https://t.co/iBoAVExQPs

However, Milonakis’ still clueless about OpSec. Delete this tweet, Andy! Geez! It’s dangerous to play with your cards on the table, for everyone to see.

I love then when I go on trips I have to pack a hardware wallet, It’s like I’m an elite hacker. I’m gonna get so many cyber hos in the metaverse

Anyway, Milonakis seems to be recruiting. Is he looking for a pixel artist for his NFT collection? You know he is. And now, we know the aesthetics he’s going for.

24x24pixels best artist send me your pics and tag the artist or just say ITS MY ARTWORK MOTHAFUCKA.

He seems to be struggling with the technical aspects of the task, though. Luckily for him, everyone wants to help him. Just look at the comments under this tweet.

And, just like that, Milonakis promises a whole NFT collection for November. That’s how fast things move in NFT land.

Starting to figure some things out. It’s not that far fetched that I can have my whole first big NFT series out sometime in November 🧐

And well, the man knows what he wants and doesn’t mess around.

And the project already has a Discord, which you can join for free at the moment.

still very early but I’m starting to work on my project so if you wanna be early to the discord for my first NFT project https://t.co/EdiobwAbcC

It all ends with this announcement. Milonakis will drop a 1/1 series of digital drawings before the full collection. Anyone that bought any of his NFTs so far, including these ones, will get a free one from the collection. And before anyone has time to mint.

One more set of originals before the full series drops, will also give you a free NFT from the series for all holders of my 1/1’s pic.twitter.com/jiw9iFZL22

And this is the Milonakisuniverse’s road map:

I GOT IT. My NFT plans

1. Series of 15-25 hand drawn originals
2. Full series of 4269 (no leaking info yet)
3. Another series of originals involving photography around NYC (plus some secret sauce)
4. Full Series 2

Are you in or are you out? 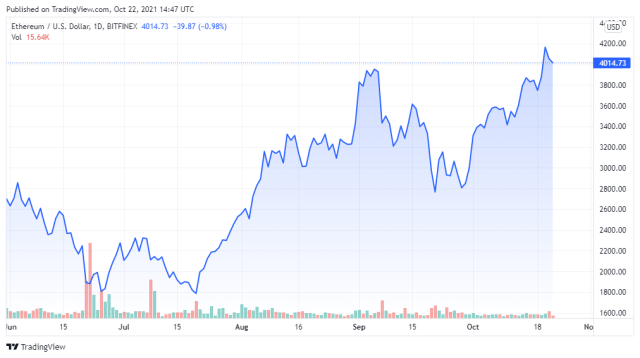 Andy screwed it up on this one. He won the raffle and was able to buy a MekaVerse at a discount, only to be peer pressured into immediately selling it. Milonakis made a profit, but he could’ve made so much more. In any case, it’s better if you listen to the story in his own words:

Mekaverse flip. I fucked up, at least a little pic.twitter.com/ym2IHIjV8c

And this is his reflection on the story., “I don’t know but I’m going to learn from this for sure.”

Fuck, I knew how dope and hype this was, sometimes the voice in your head hypes you up and misleads you, is adrenaline or mania, I don’t know but I’m going to learn from this for sure

And, apparently, Milonakis rebought into the project.

This outstanding story has to end with an outstanding video. It just has to! “Last thing about Mekaverse:”

As we told you in the introduction, the “paper hand” crowd seems to be getting to Andy. He’s an Internet professional and has been dealing with trolls for a long time, but still… his responses tell us he’s not in control of the situation. “I hate when people act like just because you sold something you’re going to take that money and let it rot in a normal bank account. Acting like there’s no chance you took that ETH and put it into something that mooned.”

We know you made money and broke the Anonymice project, Andy. We’ve been documenting it.

Why are people so worried about other people selling for floor?
A) Because they love the art
B) Because they want the price to go higher and higher
so they can do the same exact thing

And yes, basically everyone’s objective is to eventually sell at a profit.
However, Andy purposefully ignores the fact that people are “so worried about other people selling for floor” because their money is invested in the project. And by selling at floor, you shake their floor, so to speak. Milonakis knows this.

That being said, this Inner G man is straight-up lying:

you mean because you don’t see the stuff I sold for floor and put into stuff that mooned? Like Anonymice .3-.5 range to 10 ETH floor or Bears Deluxe from .1 to 4 ETH. Eat my dick https://t.co/ORfsRyH6SE

If we take out the MekaVerse story, Andy’s trades have been legendary. And he’s only been a degen NFT trader for a couple of months. Give him time and he’ll conquer it all. But first, Milonakis has to make fun of his critics:

It’s been a while since we looked into the Andy Milonakis NFT vault. Let’s check the latest pieces:

ever not sell something because the floor price is too low and then they go crazy out of nothing? Got these bubble buds for .04 & .07 a few weeks ago, now 7 ETH floor, the creator told me to check if i still had them, they were in my hidden folder so I felt I owed him a tweet 😘 pic.twitter.com/X8NyFmGuaD

While the attention has cooled down on ducks a bit, I bought my second semi-rare madlips duck. Check out these lovely brothers. Sup! pic.twitter.com/Bfy1Qkbw8O

some new stuff i scooped pic.twitter.com/gzWQ5uk0E8

Related Reading | NFTs In A Nutshell: A Weekly Review

That’s it for this edition of The Andy Milonakis NFT show. Tune in next week for more degen-eracy.